How is Easter celebrated in Russia?

The common idea of Easter, shared by Orthodox, Catholics and Protestants, is the belief in the resurrection of Jesus Christ, but there are many differences between the celebration of this Christian holiday in Russia.

Nikolái Gógol, an author widely read in Russia who also loved living in Italy, wrote in the 19th century that Easter must be celebrated in Russia, because it is not celebrated the same way anywhere else in the world. The writer put forward the idea that the Russians are focused especially on the general overcoming of death and the entire Russian culture revolves more around Easter, while the Western culture does more around Christmas.

Easter is really the main Christian celebration in Russia. On this day, or rather during the night there is a procession and a mass taking place in Orthodox churches that is attended even by those who never go to Mass, and they may not know how to express the way they feel about God inside. In a sense, Easter is the most democratic holiday in the Russian Orthodox Church, as everyone can participate in the procession, passing by the church with a candle in hand.

In reality there are not many differences in the celebration of Easter between the different Christian confessions, and these are not too significant either.

The main common idea of Easter in Russia is the belief in the resurrection of Jesus Christ, something shared by Orthodox, Catholics and Protestants. And regardless of who and how they celebrate Easter, the resurrection remains the central event of the Gospel. This suggests the hope that, if Christ resurrected, his faithful also will.

Be that as it may, the Pope of Rome and the Patriarch of Moscow always congratulate each other on these dates. Most Protestants in Russia, except the Lutheran Church, celebrate Easter according to the Julian calendar together with the Orthodox Church. In Russia, the Church is faithful to the old Julian calendar because the "new style" can cause schism and conservative discontent.

The Voice of the Russian People

For the Orthodox, Easter is a very emotional holiday. After the intense masses during the week before Easter and a strict fast, at midnight after a day of processions and songs of prayers, the priest stops on the street before the closed doors of the church. Opening them, the priest symbolizes the opening of the doors of the Lord's tomb and announces to everyone that Christ has risen. Throughout the ritual, the priest and the believers exchange greetings: “Christ is risen! - He is truly risen!” It is an impressive scene.

The great poet Alexander Pushkin said that one of the things he liked best was going to church at Easter to hear the voice of the Russian people.

In the West rabbits and eggs are the symbols of Easter, in Russia eggs and kulich, a traditional Easter cake, are very popular. Similar cakes are also popular in Europe, there are many Italian versions that are also sold in Russia. Another unique Russian tradition is the preparation of a special Easter sweet containing cottage cheese, raisins and spices, which is presented in the shape of a pyramid and is a symbol of the Holy Sepulcher. A truly wonderful experience which is definitely worth a visit. 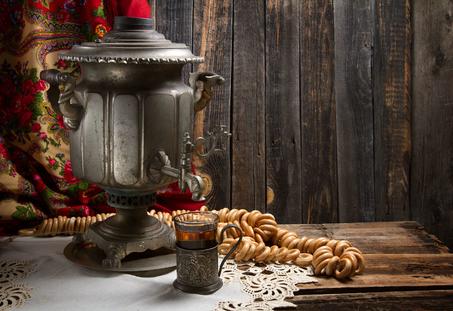 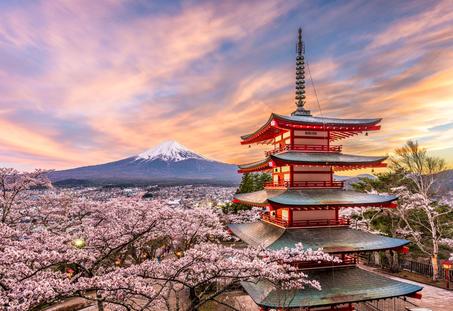 Welcome to Japan – the country of the Rising Sun!